Mr. Jahri (one of the former officials of Wahhabism in Singapore) talks about his conversion to the Shia religion: 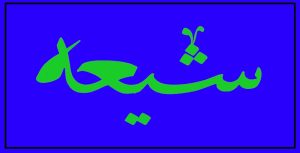 In the name of Allah

I thank God for guiding me to the straight path, which is indeed the religion of Islam and the religion full of the light of Twelver Shia.

With the invitation I traveled to Iran in 1983 , at that time my thoughts and attitude were based on the decadent Wahhabi religion, and I was one of the officials of the Wahhabi party in Singapore. Ever since I arrived in Tehran, we were inspected and welcomed by the respected officials. After receiving us, they took us to Shahid Motahari Islamic center and gave us the necessary information about that place of learning. They took us to Kamil prayer ceremony.

That night, it was a cold night, when we reached the desired place, I looked curiously at the faces of the people who had come there in the cold weather, and I said to myself, what do they want and what are they saying, what is prayer at all? What is the philosophy and…

We sat in a place with my companions and I was still oblivious to the moods of the people when I noticed that they were crying while praying and it was very strange for me. My whole being was filled with the warmth of prayer and prayer. I came to my senses and saw that my face was covered in tears, I was feeling lightheaded, I was asking God that the prayer would not end, when I realized that my companions were pointing at me to get up, that it was time to go. On Friday morning, we went to the Friday prayer ceremony. In the afternoon, we visited the city of Tehran.

After returning, I talked with one of the Iranian clerics who was with us about my situation and about my religion, which was Wahhabism, and I asked him to have a discussion session with him about his scientific and religious foundations. May the grace of God be with me and this meeting was concluded and the result of this meeting was the light of guidance that shone on me and saved me from error and misguidance and guided me to the truth of the Shia religion and as a result I believed in it and confessed it by reading Shahadatain.

The journey ended and my soul and spirit became pure, beautiful and fragrant from the clear water of Ahl Bayt, but it was difficult for me to let go of such an atmosphere, but finally we boarded the plane and left for our country.

Until then, there was no Shiite in our country, or if there was, I was not aware of it. After arriving in Singapore, I hid my change of mind and religion from my companions, acquaintances, and family, and I tried to strengthen this belief.

During my prayers, my mother controlled me and asked me why you don’t pray five times a day.

I got in touch with the Shiites of Indonesia and Malaysia and equipped myself with knowledge so that I could spread and promote this Jafari religion.

First, I started with my family and invited my wife to this matter, she also became a Shia by the grace of God Almighty and has helped me the most in promoting my plans. Then, with the cooperation of my wife, we invited our followers to this direct path, which was also effective and, thank God, they all became Shiites.

In this regard, we had weekly meetings with each other, and the government of Singapore tried to control and spy on our meetings, but after realizing that we are not dangerous in these meetings and we only talk about religion, they no longer had anything to do with us, but they still control.

Since God guides if He wills, His grace and mercy included our situation and we were able to expand our preaching radius to the whole city and country during this time and become promoters of the Shia religion, which has so far reached more than 1100 people in this country. They have converted to the Shia religion and we ask the Almighty God to increase this success for us.

Of course, it is necessary to mention that during this period, we have endured hardships that the sweetness of the progress of the work removes the bitterness from our palate.

Imam Mahdi (a.t.f.s) the Spring of LifeThe Justice of God