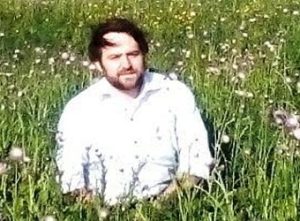 He was born in Buenos Aires in a Catholic and Christian family. Khalil was very interested in art since he was a child, that’s why he has a university education in the field of painting and sculpting. But since by the grace of God, he got acquainted with Islam and converted to Shiism, he left everything alone and went to Iran to search for the truth of Shiism and complete his religious beliefs and he started studying in the field of Islamic jurisprudence and education so that one day he could do religious and preaching activities as an Islamic missionary in his country and introduce his fellow countrymen to the delicious taste of Islam and Shiism.

Yes, we were a Catholic Christian family and we adhered to the principles of Christianity for a long time, but this religion never satisfied me and I had many doubts that there were many problems and weaknesses, especially in the Vatican, the main headquarters of Catholics, until I decided to learn about other religions and To increase my knowledge, that’s why I started researching.

First, I went to Eastern religions, Hinduism, and Buddhism, and I read many books. Even following the Buddhists, I did not eat meat for five years and became a vegetarian. After that, I read books about mysticism and Sufism, and I joined the Sufis, but little by little I saw that they do not have a perfect religion and there is no spirituality between them, because practically Sufi monasteries were a place for the rich, they took money from the people and were looking for their own interests and status. In their meetings, they only recited prayers and did not recite the Qur’an, so I was not satisfied at all.

After that, I met one of my friends who had converted to Shia four years before me. Every time we met, we discussed something including Islam. Little by little, these meetings became more frequent and my relationship with him became stronger. Once he said let’s go to the Sheikh Mosque. He used to be a Christian and now he has become a Shia. His name was Ali Abdul Rahman Paul. There we talked with Sheikh Abdul Rahman and I asked him my questions. He patiently answered my questions one by one. By God’s grace, after six months I read Shahadatin and became a Shia.

No, after converting to Islam, when I came to Iran, I was not yet married. I met my brother-in-law, who was a student in a religious school, and then I got married to my wife through him. He is Shiite and from Syria and is currently teaching Arabic.

Very much, because the language of art is understandable to all people of the world, regardless of their religion, race, and ethnicity, and we can indirectly use it to introduce Islam and especially the life of the Ahl al-Bayt (peace be upon them) who are our best role models, because today the world It is designed and organized based on technology and machines, and people are suffering from a vacuum and deficiency, therefore, they are less familiar with emotional and psychological expression. As a result, the language of art can be very effective in promoting and introducing Islam and its beauty due to its softness and high impact. It should not be neglected.

Of course, even though I work in this field of art, visual media has had a greater effect on me. I have been very interested in cinema and television since I was a child and I have loved movies and series since the time HispanTV was launched in Argentina, I have been watching Iranian movies and series. Like the television series “Mokhtarnameh”, whose content I really like, and now I am looking forward to the release of the movie “Hazrat Muhammad”, because I heard that this movie gives good information about the Prophet of Islam to the audience, and this is a great work; Because nowadays people read less books and the task of visual media is to inject information to them in a different way and they have a heavier mission.

When I was in Argentina, I had group exhibition works with my friends in the field of sculpture, but now I am currently studying here, God willing, I want to start my activity again if I get a chance.

Before I became a Muslim, most of my sculptures were about myths and ethnic stories and folklores because I like traditional and old arts a lot, but after becoming a Muslim, I entered the life stories of Ahl al-Bayt and Quranic stories in order to present my art based on Islamic principles and Shirini. I will convey the promise of Islam.

Most of the people of Argentina confuse Iran and Iraq because of the similarity in writing and consider Iranians to be Arabs and recognize Iran as a country of Middle Eastern people. Of course, as you said, there is a lot of negative propaganda against the country of Iran and the religion of Islam, but the people of my country do not have a government position, and they do not have a problem with the people of Iran.

In my opinion, Argentinian people like Iranians are family-friendly and have a rich culture, and they are loyal to the family, like Iranians. Our people are also against England and do not accept America’s words.

My feelings are indescribable. I didn’t know Imam Zaman (AS) before this, and now as a Muslim and Shia, I know that there is an Imam and Hojjat who is worried and waiting for us like a kind father. It means that it is not only us who are waiting for him vagina, but he is also waiting.

Someone who, despite all the bad things, still prays for us and loves us. I am happy and I feel that I must do something to get closer to the Imam and deserve his help and visit. This gives meaning to my life, while before the Muslim I did not become this way and my life had no meaning, but now I know that I am on the same path and I am trying not to go astray and to be close to them. The Imam has come for the guidance and happiness of us humans so that we can have a good life and this is God’s grace and favor.

Yes, a lot. I have asked everything from Imam; Of course, I am ashamed because everything I have is from his blessings and love, but by sinning, I offend him.

I hope I will succeed and get close to Imam and he will be pleased with me.