As long as God is my supporter, I have no fear of martyrdom “Sean Christopher Stone” 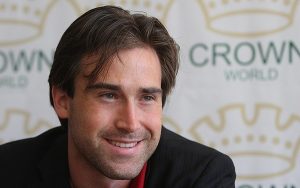 Sean Christopher Stone, an American filmmaker and the son of the famous director Oliver Stone, converted to Islam when he was in Iran, chose Shiism and took the name “Ali”.

By becoming a Muslim, I am actually a follower of all previous religions. We are all one in the eyes of God, who is one power. Like Islam, other religions also worship one God; Therefore, “There is no God but God” is not a new concept, but it has always existed in different religions, but the way it was expressed was different.

My conversion to Islam was God’s will and I was not the one who wanted to determine the time.

I have read the Quran. Of course, you cannot become a Muslim by reciting the Quran overnight, and you must recite it all your life.

I was in a spiritual and sacred situation and I thought that a special relationship with God had been established.

The personality of this holy man attracted me. Therefore, I always have the symbol of the sword of Imam Ali (peace be upon him) around my neck; Because it is the sword of justice.

“His faith in God”, “His loyalty to Prophet Muhammad (PBUH)”, “Justice”, “Wisdom” and “Warrior” were some of the characteristics that attracted me.

I think that just as the “mighty government of Babylon” collapsed, the powers of this time will also collapse; Because people have started uprisings in the region with their faith. This is the difference between people who believe and Westerners who do not believe.

As long as God is my supporter, I have no fear of martyrdom.