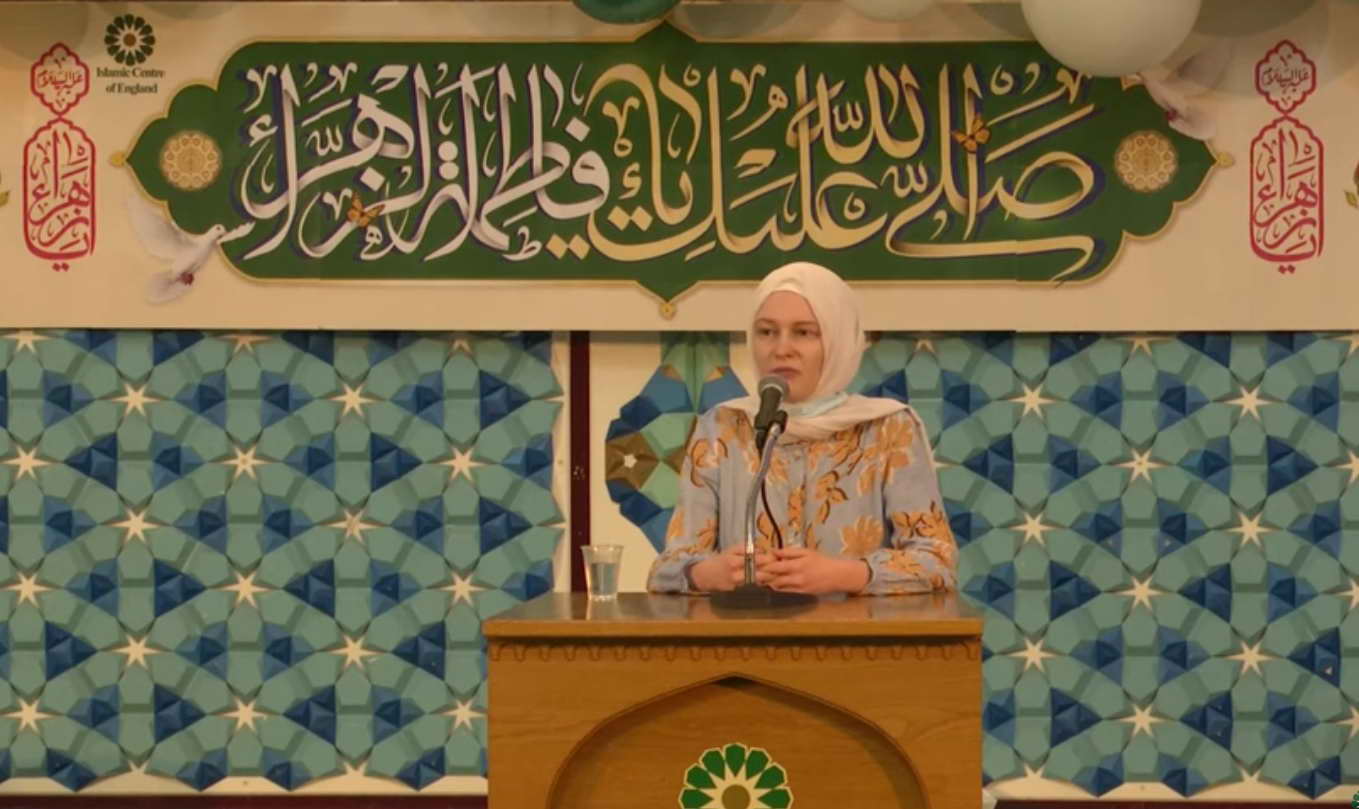 My name is Brother Yahya Abdus-Salaam, I am a 17-year-old revert to Islam who has chosen to personally submit to the Jafari Madhab of Islam.

I grew up as the youngest of two boys raised by my single parent Filipina Mother, I was given a very strong and well-disciplined upbringing by her and she also raised both me and my brother to have the foundations of faith in our hearts. Being a Filipina from the capital city of Manila, she was of the Roman Catholic denomination of Christianity (the ancestors were taken from Islam into Christianity by the Sword of the Spanish Inquisitors) and so I too was raised as a Roman Catholic. From the age of 9-13, I stopped attending any religious gatherings what so ever, but I always remained interested in all aspects of theology, I read of Hindu, Ancient Egyptian and Buddhist legends as a child and the more I read, the more I became interested.

Little was I aware of it at the time, but I was exposed to Islam for much of my life, my father (whom I`d see for 2 weeks a year) worked in Indonesia for 12 years of my life, before moving to Kuwait then Egypt, each of which I have visited. However, I was not aware of Islam to a very high extent, in fact my ignorance was to such an extent that before going into High School, I thought the Hijab was a Hindu sub-continental practice!!

At the age of 13, I went through a difficult experience, I started to let stress from school get to me and to help cope with these difficulties, I became a “born again” Catholic and I took my first communion at the late age of 13 along with kids of 9 years old etc. I became a firm believer of the Christian doctrine and believed at that time with all my heart that Christ was the Son of God (Astagfirullah), I could never accept he was God himself.

When I was 14 going on 15, I visited Egypt for the second time and decided to pay a visit to the worlds oldest University in existance- The Al-Azhar Theological School of the Sunni Madhabs, it was a life-changing experience for I was given my first translation of the Holy Quran.

I returned to the UK, with the copy of the Holy Quran Translation by Pickthall, and I continued my studies of religion etc at home. I decided that at that time after completing High School, I was going to train to become a Minister outwith the Catholic Church because I couldnt agree with either the divinity of the Pope nor with the Divinity of Christ or pact of celibacy anymore. I was drawn to the various denominations outwith Catholicism but couldnt agree with the divinity of Christ anymore so I left the faith of Christianity and became an Agnostic.

I continued my studies of religion and was drawn to the following faiths:

Judaism (Kabballah)- Was put off by the Racial Superiority teachings within the Jewish Faith.

Jehovahs Witnesses- Seemed to be very cult-like and I could never fully take it seriously.

Bahaiism- I realised it was a very bad attempt at uniting all the various faiths founders/prophets despite the fact all of them contradicted each other.

Then came Islam, I had forgotten about Islam for a while, It seemed as if It was the only faith I never taken the time to study, and Alhamdulillah- Im glad I had chosen to study it at this time, if it had been during my Christian believing child days, I may have rejected it. Islam was everything I wanted Christianity to be and I could accept everything so easily. I had many issues over how Id break the news to my family, but I went ahead and read more about the religion for a complete year, I was damned not going to be joining a religion through ignorance only to leave it one year later.

Alhamdulillah after one year of reading, I decided I was definitely to become a Muslim so at the age of late 15, I recited Shahada to myself without any witnesses at first. I openly told my family after 3 months but since I knew more about religion in general as well as Christianity, I had the ability to refute whatever lies they had to throw at me.

I became a Shafi Sunni Muslim, and at first, I honestly believed that I wouldnt go near Shia Islam with a barge pole, I saw them as Catholics of Islam, and thought of Imamate to be Islamic Popery. It was just my irrationaly hatred for the Catholic Church that had allowed my emotions to take over, also I must admit for someone who has just come into Islam after researching concepts on the internet (often Salafi), We are often propelled into a drastic change where we are turned into Over zealous Monotheists who due to insecurity of their Monotheism turn to accusing many practices of Shirk (Associating partners with Allah) or we accuse them of being Bidah (Innovations).

After a year of sharing this deep love for Allah (SWT), Muhammad (SAW) and his companions(ra), I began to have a stronger Aqeedah and Iman, I was no longer insecure- so at the age of 17, I decided I would approach the path of learning about all Sects of Islam because they are all my Brothers (as in all those Islamic Divisions recognised as Muslims).

After reading about the Shia beliefs and why they hold such beliefs, I realised that if we as Muslims love Allah (SWT) as much as we claim we do, then we should love the mercy for all mankind which he sent to us (Muhammad SAW) and if we love his Final Messenger then we should listen to what he wanted us to do and we should love those whom he loved dearest. It all began to make sense, We should love the Ahlul Bayt(as) of the Prophet (SAW). I read the story of Ghadeer and I wept, I realised that so many people had gone astray from the Prophets wishes and that we had turned our backs on a key principle of Islam which in my opinion was Justice.

Where was the justice in sitting back whilst Ali(as) was kept away from his divine right as Imam of the Muslims?

Where was this Justice when Fatima az-Zahra(as) was humiliated and treated cruely by the first two “Caliphs” of Islam?

Where was this Justice when Imam Hassan(as), the grandson of the Prophet (SAW) was poisoned?

Where was this Justice when Imam Husayn(as) and his family members were slaughtered on the plains of Karbala, including his sixth month old baby son whilst defending and saving Islam from a Tyrant Ruler who was the epiphany of Drunkedness?

The Shia teachings all started to make sense, and I could relate to the oppression of the Innocent, Pure Ahlul Bayt of the Prophet(as), I read books like Peshawar Nights and Nahj ul-Balagha and it all made sense, I could see, the veil was lifted completely from my eyes instead of just half way.