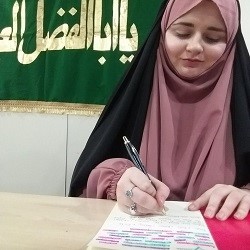 The Wahhabis give rulings and fatwas that Shias are Kafir, while the legitimacy of the Shias is proved by the authentic hadiths of Bukhari….

I heard from Wahhabi scholars various sayings in the takfir of the Shias, for example, they prefer Ali to the Companions and they visit the shrines of the Imams, or they believe that Ali is superior to the Prophet… And they say that Gabriel made a mistake which revealed to Muhammad, and it should have been revealed to Ali, and the belief in the distortion of their Qur’an and….

Finally, when I looked at the Islamic Revolution in Iran, which was Shia, I did not accept some of the Wahhabi statements, such as Iran being more dangerous than Israel.

Therefore, I referred to important historical and hadith books, and after studying and seeing hadiths such as “Saqaleen” and the “verse of purification” and Hadith “For whoever I am his leader, Ali is his leade”, etc., I no longer had any doubt in the authentic books of the Sunnis that the most conclusive argument and reason etc… makes man obligated to follow the Ahl al-Bayt (a.s).