Discourses of Doctor and Sheikh 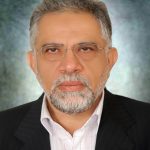 Discourses of Doctor and Sheikh:

Dr. Mohammad Shojaee Fard, author of “Discourses of Doctor and Sheikh”, the book that includes his debates with the scholars of Mecca, such as Ibrahim Uthman. In this book, topics such as the proof of Sunnis and Shia brotherhood, Cry for dead, the methods of pilgrimage, Sajdeh (سجده) on the soil, the discussion of caliphate and caliphate of Amir al-Momenin Ali (a.s), Ghadir e Khum, Mahdism and the Imam of Time (a.t.f.s), has been expressed.

Dr. Mohammad Shojaee Fard describes how he begins his research and studies:

After taking technical diploma from Abadan Oil Company college, I thought, where can we be sure that what we believe is principle of truth and the way of saving people. For a while I studied Marxism, I saw that there is no topic that can convince a person with moderate wisdom. I also read some of the new books and schools and did not get anything worthwhile. One of the Baha’is who are one of the head of Baha’is in the world was in our neighborhood and some other Baha’is were also in touch with us. I was listening to them for a while. There was a lots of Christianity in Abadan, I also studied about them and it soon became apparent, although Christianity has a divine base, but It has not been continued with Jesus monotheist. Because of the recognition of Israel and their oppression, I never went to the Jews.

After a long study of various schools and religions, I came to this conclusion that only Islam has a rational and scientific basis. A new question came to me. Are the Sunnis brothers, who have a very large majority compared to Shia, not closer to the truth of Islam? The answer was a bit difficult, because God, Quran, prophet, Qibla and most of the worship are same. But the political and cultural paths were completely different. I learned Arabic and studied the important book of “Sihah-e-Sitta” and some other famous books. At the same time, I was studying Shi’a books in a comparative way.

What I saw in the Sunni’s book is that the much of the worship and things like that, is not much different from Shi’a, however, their actions are different from those of their own books. But, unfortunately, in the books of Sunnis brothers, there is completely different on the role of religion in the government and administration of the world, with Qur’anic principles and even a considerable number of their own hadiths. After reading the books of the Sunni brothers, I found that the school of the Ahlul Bayt (a.s) is the closest route to the mainstream of Islam and the direct path. On the first journey to the Hajj at 1360, I realized I should work for Arabic conversation, because I saw many things in the actions of Sunni Muslims that were opposite to their principles but I could not explain them well.

So, I learned Arabic conversation and in the following years, when I went to Hajj, I would have discussed with the Sunnis brothers, especially their scholars and this book is a report of some of these discussions. The report does not have any intention of Sunnis brothers and sisters force to become Shia and it is merely a mirror against these loved ones to show, how is Islam really far from the beliefs of these loved ones and how much the school of the Ahlul Bayt (as) is close to true Islam.

By english • Discourses of Shia converts 0

The Manuscript of Religious Criticism written by converted and great scholar, the deceased, Hosseingholi Jadidul Islam.Unity between Monotheists.