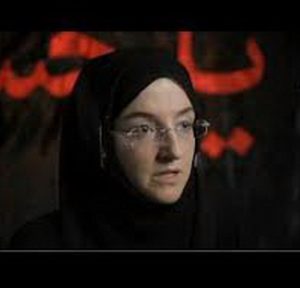 Rebecca Masterton is a British Islamic scholar, educator, public speaker, academic, author, television presenter, and philosopher of the Shia Islam. She has written short stories and a collection of those stories has published entitled Passing Through the Dream-To the Other Side.

Masterton was born to a Christian family; she converted to Islam in 1999. She moved to London at the age of eighteen. She attended the School of Oriental and African Studies London, and received a BA in Japanese, an MA in Comparative East Asian and African Literature and a PhD in francophone and Islamic mystical literature of West Africa.

Masterton has written combined research work for academic journals in which her attractive and striking topics are the ways of Shia Islamic mysticism including comparative literature and philosophy. She has worked in Iranian media and Broadcasting and TV channels. She previously worked at Birkbeck College where she taught Islamic mysticism. She has presented a series on religion and culture with Press TV. For Ahlulbayt TV, she interviews Islamic intellectuals and presents their views on Shi’ite Islam. Masterton is also a senior lecturer at The Islamic College London. She has also published her book of short stories Passing Through the Dream-To the Other Side. Masterton teaches online offering short courses about Shīʿī Islam (tashayyu’).