The religion of Islam, as a complete religion, orders all human beings to study and investigate 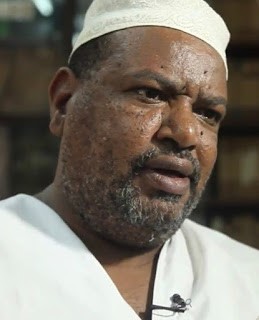 The master Salem Saeed Al-Rajehi: The religion of Islam, as a complete religion, orders all human beings to study and investigate.

He stated: “Anyone who wants to make the right decision must search and research, and then he can choose his true religion with free thinking and free from prejudice.”

This researcher of religion says: Man must recognize his true ability and with meditations, research even surpasses the angels.

Salem Saeed Al-Rajehi adds: Fortunately, with the presence of religious scholars in Iran, there is a chance to research and study the principles of religion for young people.

He said that the enemies are now targeting religious values ​​in Islamic countries, adding: “People have recognized the enemy, now the best way to fight is to know the religion well and in principle.”

He continues: To this purpose, religious scholars must be among the people more than ever and they themselves closely analyze issues and find solutions for that.

Salem Saeed Al-Rajehi Expressing that after 15 years of research on religions, finally I converted to Shia Muslim and stated: its six years that I am Muslim and I worship a God that I know.

Salem Saeed Al-Rajehi was born in Zangbar (An island in Tanzania, one of the coastal states of the continent of Africa), his early religion was Abazia (a branch of the Khavarej group).

After studying and researching about true religion, he converted to the religion of Islam He is currently studying PHD in philosophy level in the Holy City of Qom.

The Prophets of IslamAhmad Hussein Yaqub “Jordanian Writers and Scholars”