Interesting conversations with a newly converted to Shia, Dutch lady on Arbaine 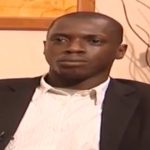 In the clip below, you will hear interesting conversations about a newly converted Dutch woman from Karbala in Arbaeen time. The Dutch woman says in her remarks, “I never believed a non-Muslim could become a Muslim” and is now not only a Muslim but has become a pilgrimage to Imam Hussein and deserves to be among the millions of pilgrims of Imam Hussain (a.s).