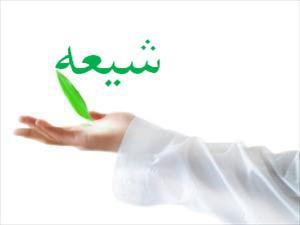 Sister from the Czech Republic first discovers Sunni Islam but upon researching historical facts then finds the truth within Shi’a Islam, Alhamdulillah!

I was born in Czech republic and I was baptized in the Roman-catholic church,  my family was not religious, we didn’t practice but we did believe in God.

I lost my mother when I was only 14 years old. As a teenager, 18-years of age,  I married and had a son. Because of my young years, the marriage did not work out and it was not one of my best decisions.

My father had always done his best to raise me up properly. After my mother’s death he fell victim to alcoholism and I wanted to change him but I couldn’t. We had many heated arguments although I loved him so much and I knew he loved me and adored my son.

Sadly, one horrible day I found my father dead in his home and emotionally I was broken down. My heart was torn to pieces and I prayed to God to take me as well from this world. At that point I was still married and I found no support from my husband.

It was not long after this that we divorced and we had to endure much struggle as my son and I left on our own. We moved into a women’s refuge, a Christian house. It was then that the loneliness had me begin to pray. Every night I would pray to God. I would kneel down and pray and recite the prayers that I learned from Church when I was younger. Even through all my prayers I felt as though something was missing, as though my prayers might not be answered.

At this time, I was working for Arab Muslims and I learned a lot of good from their traditions, which I could not find from the stark-cold of the European lifestyle. I began to learn about Islam and at first it was very strange and new. I then received my first Qur’an and I was blessed to meet a kind convert Muslim woman and she was the first to truly explain Islam in detail to me.

I didn’t realize that Muslims worshiped the same Creator as Christians and that Prophet Muhammad (peace be upon him and his family) was the last prophet. Shortly after beginning my study I recited shahada and I became a Muslim. I started to read Quran and I was amazed and happy to find the truth. While going through this period of study I also researched the Bible and was pleased, we can still find the truth within it about Islam and the last prophet.

Islam is what I was looking for my whole life, it is truly the right life path for me. Islam was missing in my life but on my own I could not see that.

I eventually began to teach my son about God and he believed in everything and accepted what I had to say. Finally, I felt that we were not alone, we had God. However, it was still very hard for us as our family was not complete. Years would go by, I felt so alone as we struggled and it was such a test of faith for me but upon discovering Islam and beginning my studies it all became so much easier as I changed my focus. These years of being alone helped me to build my beliefs and make me stronger.

I learned to be content with everything that afflicted me as it is God’s will and all is for a purpose.  To read the Qur’an was certainly amazing to me however I also opened other sources of guidance such as narrations by Sahih Bukhari. I was not always happy with what I was reading. Then I began searching other sects in Islam as I was trying to find the right direction, when I came across the Prophet’s(pbuh) family and I began to read parts of history that really upset me.

As I mentioned the Bible does hold truths and in it, we can find evidence of the Ahlulbayt. I found out that some hadiths were fabricated in the past in order to make people forget the Ahlulbayt and that history is always written by those who are in power.  The truth about the history of the Prophet (pbuh) after his death is there if you research it. The truth about the superiority and knowledge of Ali(AS) is still available, the importance of following the Ahlulbayt(AS) is there.

I was so very upset and whenever I started to read and search, I would go back and forth and I resigned because I thought it was impossible to find out the truth. At times I would debate with Sunni Muslims about Shi’a Islam but they didn’t feel the same enthusiasm as I did when it came to searching out the real truths found in history.

Some believed Shi’a were slanders. A lot of them believed so many lies about the Shia, for example that the Quran has been changed, some of the lies are very dirty.  If only they had looked deeply within the history books, if only they would take time, they too could see the truth.

During this period of study, I met and married a Sunni Muslim, the man of my life, the answer to my prayers. We raised my son together and now a new addition to the family, Alhamdulillah

The deeper I studied from Sunni sources the more I felt depressed. I would find myself thinking about so many questions that Sunni Islam narrations could not answer, such as:

against Imam Ali(AS) and caused thousands of Muslims to die and then she was glorified as the ideal Muslim woman?

I thought to myself and prayed “Oh God, my heart can’t stand it anymore. Guide me to the teachings of those whom I always loved, the Ahlulbayt (AS) as I am not able to find it myself.”

Recently in 2008 I couldn’t bear the pressure any longer and I was feeling such an urge to follow the right path. After so much research and dua I can testify that Imam Ali (AS) is the sunshine of Islam and the rightful successor of our Holy Prophet(pbuh) chosen only by Allah (Swt). He is the Imam, whom we are bound to love and follow.

Which story could be more pleasant then the biography of a man who lived for the divinity and for the spreading of a religion for God and did his best to direct his fellow men to the right path and in the meantime he did not refuse to guide the men of authority (the caliphs, Abu Bakr and Umar).

Sincerely, nowadays the world is in need of knowing the character of this great man, to take this character and his life as a means of example.

My husband and I study from the teachings of the Ahlulbayt (AS) and I never saw such wisdom and knowledge and purity in the Sunni books.

I feel as though I have reverted to Islam again, Alhamdulillah