Categories: Articles by the converted to Shia 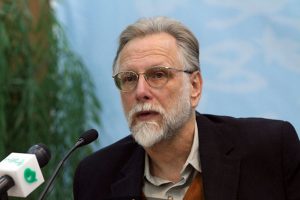 Although traditionalists are aware of the shortcomings of modernity, their critique of modernity suffers from the following defects:

Second, traditionalists compare the corruptions of modernity with imaginative imagery from traditional societies.

Third, the traditionalist analysis of pre-modern societies is such that it makes it impossible for them to make a fair and equitable assessment of their fundamental differences; because the motive and factor behind this analysis, is the prior premise that these societies are based on common principles.

Fifth, the traditionalist critique of modernity is based on a series of Guesswork conceptions of degenerate and false principles which governs the modern society, not historical analysis.

Sixth, the traditionalists, perceive any change and evolution, opposed to the sacred which manifested in the Sunnah and for this, they condemn sentences and traditions, without any evaluation of the authenticity of this sentences. Traditionalism, which perceive itself the heritage of the wisdom of the traditional cultures of the world, indeed, it prevents wisdom from being used to examine criticism the societies conditions, which in their opinion, they are genuine traditional societies.

Seventh, traditionalists condemn ideology as modern phenomena, while what they offer, is an ideology.

Traditionalism is not succeeded in critique of modernity, which uses a mysterious and unusual method and ignored the details of history, with regard to the characteristics of both modern and traditional societies, it becomes a bit too simplistic and by incorporating the tradition itself as a criterion of its own assessment, it violates the ethical principles of the traditions claiming to defend it. Traditionalism as an ideology, not prepare any useful discussion or suggestion for how to promote society, reform its institutions, or face up to the changes that are taking place; because praise the tradition as a manifestation of divine principles and disagrees with any deviation. Therefore, the problems that are being criticized by the traditionalists are both methodological and theological. In spite of these problems, the traditionalist ideology can be useful in this which resist against those who advocate modernization, advancement and industrialization by imitating the Western model, traditionalism has been a success in counting many of the important and major problems of modernity; problems such as: breaking away sacred affairs with the advent of secularism; the disappearance of intrinsic values ​​with the advent of instrumental rationality; disappearing art and talent with the advent of the process of industrialization and the use of automated devices؛ lack of coherent worldview with the advent of pluralism and diversity and a strong tendency to specialization. but counting these problems is not exclusive to traditionalists; others also mentioned the same problems. In fact, the valuable items seen in the critique of traditionalists on modernity are not new, and what’s new and fresh is not valuable.

Mujahid Abdul-KarimAll Solutions are with the Prophet’s Progeny